If we keep pointing out the extent to which their chosen club is a refuge for authoritarians, many might leave of their own accord.

If We Named It, Would They Leave?

If, every chance we got, we kept saying that religion was the refuge of scoundrels, would more people leave their religion and join the forces of light? 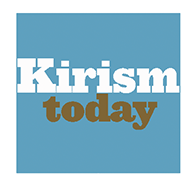 Some are leaving already. The secular direction is certainly the trend. In surveys conducted in 2018 and 2019, 65% of American adults described themselves as Christians, down 12 percentage points over the past decade. Meanwhile, the religiously unaffiliated, consisting of people who describe their religious identity as atheist, agnostic or “nothing in particular,” now stands at 26%, up from 17% in 2009.

We could remind them that the very nature of religion is to tell people what to do without providing any rational or humane justification for that commanding. A religious leader simply says “This is the way” or “This is our way” or “This is God’s way” or “This is the traditional way” or just “Do this!” How authoritarians love that, because that is how they operate in their own lives, bullying people inhumanely and without justification. We could and should keep pointing this out.

We could remind them that authoritarians love to bully and that religions love to bully. This marriage made in heaven helps explain much of human history, from Christian and Jewish evangelicals voting in overwhelming numbers for Trump to hundred-year wars over religious differences to the far right of every religion spouting hate. At the dogmatic end of every religion, you’ll find the wild-eyed haters who hate democracy, human rights, and people. In our country, they are looking to bring democracy down. We are holding our collective breath, waiting to see if they will succeed.

We could keep pointing this out.

Naturally, we wouldn’t suggest banning religion. For one thing, that would only send tens of millions of authoritarians off to find other groups to join that supported their hatred: new para-military outfits, fraternal organizations, secret societies, cults of personality, and so on. No, banning religion isn’t the idea. Separating the good religious from the hate-filled religious is the idea. If we keep pointing out the extent to which their chosen club is a refuge for authoritarians, many might leave of their own accord. And who knows, they might then become the very best spokespersons for reason and the common good.

It has never been safe to say to a bully, you are a bully. It has likewise never been safe to say to the religious of any religion, your religion betrays our common humanity, is unjustified and dangerous, and, if you want more light and less hatred in the world, ought to disband. In every place and in every time, we need heroes who stand up and say, “Religions bully—please stop that already!”

If we kept naming the extent to which religion is the refuge of scoundrels, more and more good-hearted religious might leave their religion and come fully into the light. And maybe, just maybe, that would save democracy.

3 Healthy Ways for Men to Deal With Grief

The 10 Best Bandanas for Men To Rock

The 4 Pillars of Healthy Masculinity

Everyone’s Going to Hawaii, and the Resorts Aren’t Ready

A Love Letter to My Rescue Greyhound

One Month of Exercise, and Gathering Momentum

Peaceful Protest to End the War in Gaza