Humans and whales have a complex relationship.

We’ve hunted whales for food for centuries, celebrated them in our art and culture, admired their familial relationships and songs, and even worshipped them as gods.

But at the same time, we’ve overhunted multiple whale species to the brink of extinction, overfished their prey, poisoned their bodies and habitats, and scarred or killed them with our oceanic vessels.

While we’ve made great strides on many of those fronts, there’s still a lot to do and many reasons to worry. Here are some of them, followed by an archive of related stories from The Revelator:

1. We’re Still Discovering What’s Out There — and What’s Not

You’d think a large species like a whale would be easy to find.

Several new cetacean species have been discovered in the past few years, most recently the rarely seen Rice’s whale in the Gulf of Mexico. Previously thought to be a subspecies of the Bryde’s whale, the newly recognized species was identified just in time. Scientists estimate that fewer than 100 Rice’s whales remain — perhaps as few as 60 — and say the species is critically endangered.

Similarly, it’s often hard to realize what we’re losing in the vast expanses of the ocean. In part that’s because whales are hard to count — especially dead ones. While many whale carcasses wash up on beaches, most sink to the bottom of the ocean or are consumed by scavengers. That presents a challenge to understanding how many whales are being killed or, if we do find a body, how they died. This has important conservation implications. For example, recent research suggests we’re undercounting the deaths of critically endangered North Atlantic right whales by 64% — and that’s one of the world’s most heavily monitored whale species, which all too often die after being struck by shipping vessels. 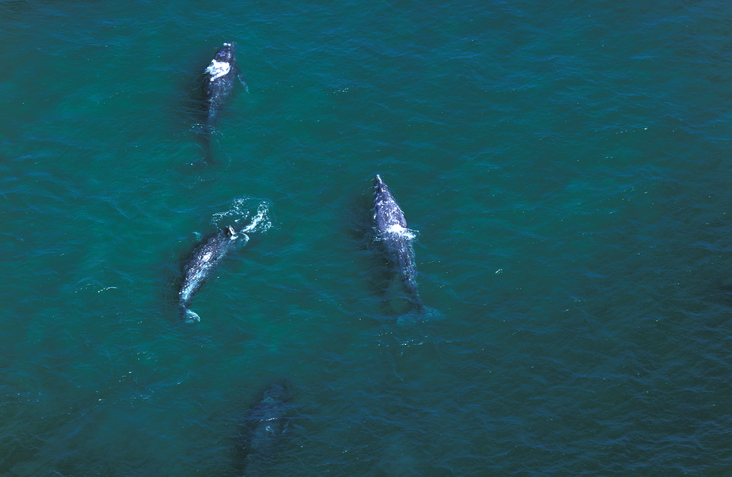 Globalization means more and more gigantic shipping vessels traversing the globe every day, where they can cross into whale feeding grounds or through migratory routes.

And when a ship strikes a whale, it’s not the ship that loses. 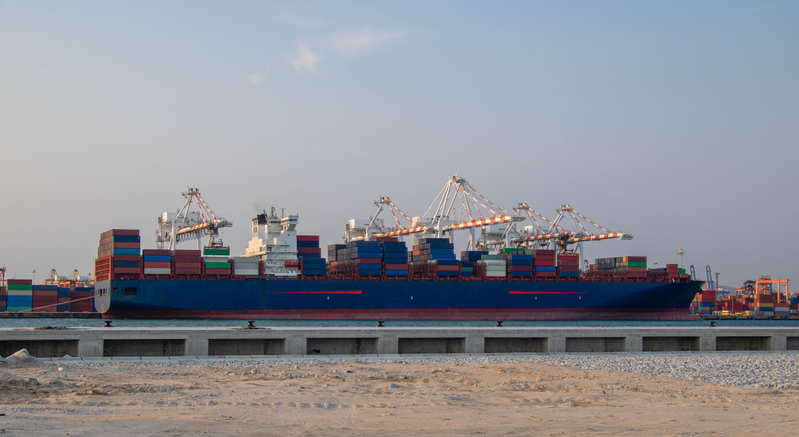 Most recently, necropsies revealed that at least two gray whales found dead near San Francisco Bay had been injured by ships, while an injured humpback whale was observed near Vancouver. Similar stories play out regularly around the globe.

And it’s not just big ships. Fishing vessels of all sizes pose threats, either directly or through lost fishing gear. This April a research drone captured footage of a baby gray whale entangled in fishing line, dragging a buoy behind it.

Warming oceans pose multiple threats to whales, some of which relate once again to the shipping industry. In recent years the industry has rushed to newly ice-free waters in the Arctic, bringing with them noise, pollution and other harmful changes.

Additional threats from climate change continue to emerge, and exactly what’s happening isn’t always clear. One recent study found that a population of bowhead whales failed to make its annual autumn migration away from solid ice in the Bering Sea, but the reason remains undiscovered. One theory is that warming waters could have resulted in an increase in their food supply. Another theory suggests changing temperatures could have allowed more killer whales to block the bowheads’ migration.

Similarly, climate change has resulted in decreased herring abundance in Quebec’s Gulf of St. Lawrence, and this loss of food has resulted in fewer humpback whale pregnancies coming to term.

Meanwhile, there’s a big reason to protect whales from climate change: their very existence helps protect us from climate change. Their feces help feed phytoplankton, which photosynthesize and absorb carbon dioxide before dying, sinking to the bottom of the ocean and sequestering that world-changing greenhouse gas. Whale bodies, similarly, also store an enormous amount of carbon that can be sequestered when they die.

When whales accidentally consume plastic waste that they find floating in the ocean, the results can be deadly — either immediately or over time.

All too often, investigations into the cause of whale deaths find plastic to blame. One of the most recent examples occurred in Bangladesh, where two dead whales washed up near a resort town in April. “Primarily we think the two have died from consuming plastic and polluted objects,” Jahirul Islam, executive director of Marine Life Alliance, told AFP.

And remember that new whale species that was just discovered? One of the reasons we know the species exists is because a carcass washed up near the Florida Everglades in 2019. Scientists found that it was killed by a tiny, 2.5-inch piece of jagged plastic that lodged in its stomach and caused internal bleeding and necrosis.

Smaller plastic particles may also have health implications for whales in even the most remote locations. A study published in 2020 found that seven beluga whales harvested by Inuvialuit hunters all had plastic fibers and fragments in their digestive systems. All the particles were what’s considered microplastic, smaller than 5 millimeters in size. These may not be immediately fatal, but nearly half of the particles contained chemicals that could cause potential health problems, much like they could in humans. The risks whales may face from microplastics remains a field of active scientific investigation, with hundreds of papers published in just the past year. 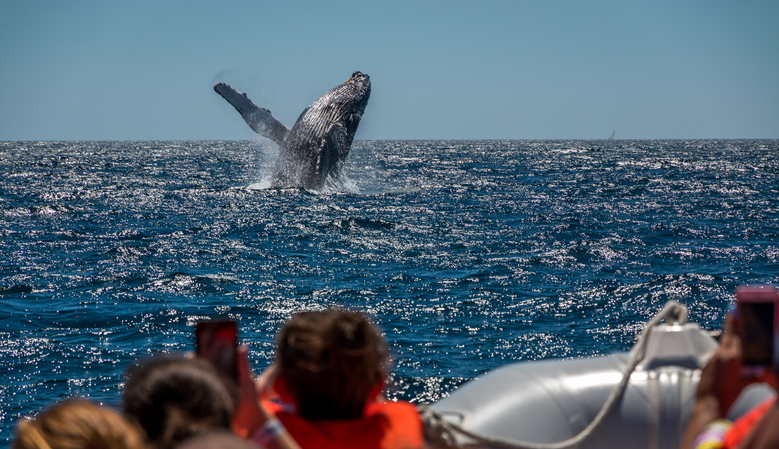 Larger plastic waste, such as lost or discarded fishing lines and nets, poses an even bigger threat. “Imagine walking around with weights tied to your ankles,” researcher Greg Merrill recently wrote in New Security Beat. “Whales struggle to get untangled from large nets and they end up dragging this weight along with them, expending extra energy they need to migrate and raise their young. An increasingly common tragedy is when whales become so overburdened by the weight of the plastic debris they cannot surface to breathe and drown.”

People generally love whales and support their conservation, but how much do they really know about whales and the threats the face?

Not much, it turns out.

A recent scientific survey found that the majority of people cared about legislation to protect whales, but at the same time they didn’t know much about various whale or cetacean species. The researchers found that people thought common species such as bottlenose dolphins needed the most protection, didn’t know about some of the most endangered species such as the vaquita, and believed more countries actively engaged in whaling than really do today.

Perhaps most strikingly, the survey presented people with the names of several fictional whale species (like the “pygmy short-finned whale”), which respondents said they believed needed protection more than real at-risk species.

Let’s build that public awareness: Here’s a selection of additional articles about the threats that whales and other cetaceans face — and what’s being done to protect them.

What Would It Take to Save Southern Resident Killer Whales From Extinction? 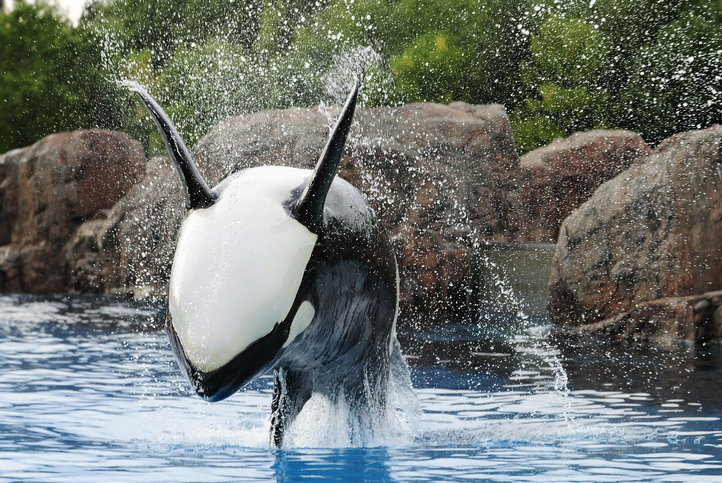 Offshore Wind Power Is Ready to Boom. Here’s What That Means for Wildlife 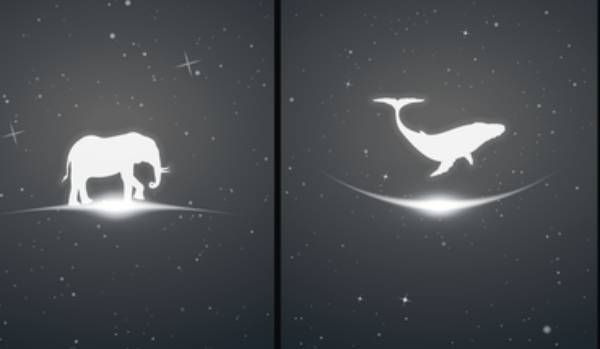 5 Reasons to Rethink the Future of Dams

A Dam Comes Down — and Tribes, Cities, Salmon and Orcas Could All Benefit

5 Things You Should Know About the Earth’s Warming Ocean

The Unseen Threat: Noise in the Arctic Marine Environment

An Orca in Grief: Tahlequah’s Call to Arms

Something Fishy: Toxic Plastic Pollution Is Traveling Up the Food Chain

How Did the Pandemic Affect Ocean Conservation?

This post was previously published on therevelator.org under a Creative Commons License.

My Meditation Practice Sucks… Well at Least It Used To!

Things You Can Do When He Doesn’t Love You Back

8 Best Slingshots For Survival of 2021

Everyday Ways to Give Back to the Community