Like many children of the eighties, I spent many a Sunday morning gathered around a flannelgraph in some darkened corner of a local church, listening to a well-meaning but way-too-strict older lady try to teach me how to love Jesus. Every week, this dear and long-suffering sister-in-Christ would turn up and regale us with time-honored Biblical tales like ‘David and Goliath, Jonah and the Whale,’ and, of course, ‘Joshua and the Battle of Jericho’ — because what six-year-old doesn’t love a good yarn about God-ordained mass-genocide?

Ah, the joys of Sunday School.

Chances are, if you were a child during the mid-to-late twentieth century, you might have attended Sunday School as well. While it’s difficult to find statistics for the USA, those available for other parts of the Western World reveal the prevalence of Sunday School attendance. According to Kevin R. Ward, in his book Losing Our Religion? back in the 1950s, over 50% of children in New Zealand attended Sunday School, while a staggering 65% of Canadian children were enrolled in a mainline protestant Sunday School class around the same time. Of course, since then, Sunday Schools, much like the church as a whole, have been in steady decline.

Now, if you were a child who was brought up in Sunday school, chances are you have also rejected much of what they taught you as fanciful at best and outright lies at worse. Research from Ken Ham and Britte Breemer at “Answer in Genesis” reveals that Sunday School essentially achieves the opposite of its stated aims — to produce adult Christians.

Perhaps Sunday School is not as helpful as many mainline denominations might think. But that’s not all that surprising, really, is it?

When I look back on my time in Sunday School, I remember the Bible stories, the crayons, crackers, CD music, cookies, cotton balls, popsicle sticks, prayers, and pipe cleaners — with a fair degree of fondness. But I also remember the lies that I was taught as truth. To this day, I am still ‘unlearning’ those lessons:

The universe is black and white

Life is easier when you can neatly place everything into a two-columned table with one column labeled “good” and the other column labeled “bad.” You can bet your bottom dollar that by the time I was ten years old, my Sunday School experience had well and truly formed those two lists in my mind.

I was taught that anything connected with the sacred, the spiritual, and the divine — at least in an evangelical sense — was considered good. Everything else was bad.

You get the idea.

There was absolutely no room for any shades of gray in the black-and-white world of Sunday School. You expect children to think in black-and-white terms. They are, after all, children. The scary part is that many adults in the evangelical church world have not moved beyond this kind of thinking. They are incapable of a nuanced critique — unable to consider the two sides of an argument. To them, it’s all black and white — and they teach the children the same.

The kind of thinking that reduces everything down to just two options, where one is the right way, and one is the wrong way, is known as dualism. Dualism is essentially binary, either/or thinking. It knows by comparison, opposition, and differentiation. It uses descriptive words like good/evil, black/white, in/out, not realizing there may be a hundred degrees between the two ends of each spectrum.

Dualistic thinking works well for the sake of simplification and conversation, but not for the sake of truth or the immense subtlety of actual personal experience. To put it simply, this kind of thinking takes no account of the individual person, which is precisely the opposite approach to that of Jesus Christ. 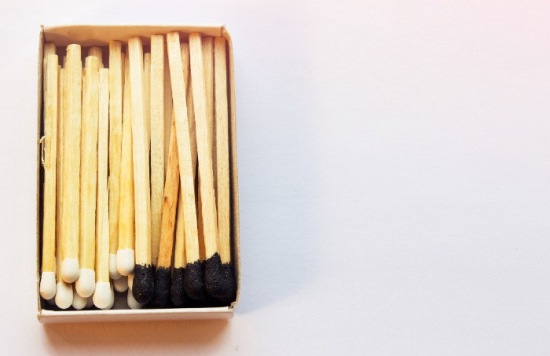 Image By Daniil Belosheikin on Shutterstock (purchased with license)

Those other people are bad

A subset of the evangelical “good/bad list” was the list of bad people who were destined to perish in the fires of hell. Sunday school taught me who they were. Catholics were bad. Muslims were bad. And homosexuals were the baddest of all!

Our job was to save the bad people and make them just like us, so they would become good people and be on the winning team. They were lost. We were found. They were blind, but we could see.

But the problem came when I started meeting people that the church told me were wicked and sinful, and they actually seemed like decent people who were doing their very best. What’s more, they had interesting, sensible and kind things to speak into my life. Oh, dear! What if the church was wrong about them!

My black and white view of the world was eventually swallowed up in compassionate acceptance, as I heard the stories of individuals in their personal struggles, and I came to accept the personal struggles in myself. Still, labeling everything and everyone is easier, right?

The world is a scary place

In Sunday school, I was taught that the church was a safe place, while anything outside the walls was unsafe. The Sunday School teacher had a special name for everything outside. She called it, “The World.”

When my Sunday School teacher used to say, “The World,” she would form virtual, inverted commas with her fingers. She would lean right in for effect and almost whisper in haunting tones, “The World,” just so we all understood just how dark and horrible the world was. The dividing line between safe and unsafe was drawn in the sand. It was “The Church“ vs. “The World.”

Consequently, we were taught to stay firmly inside the evangelical bubble and make our homes in the ghetto of cultural Christianity. Do not hang out with non-Christian girls, or they might lead you down the path of pre-marital hand-holding. Dancing leads to sex. Rock n’ roll is from the devil. The consumption of alcohol leads to debauchery. Pleasure, in all its many forms, was considered sinful.

Or so it seemed.

And I was taught to feel guilty for valuing anything above Christ and his church. And I would pray and ask God to forgive me for “Loving the things of the world.”

I realize now that this is kind of like my infant children apologizing to me for playing with the toys I gave them for Christmas. The earth is the Lord’s, and the fullness thereof, so perhaps God gave us “The World” to love and enjoy. Maybe, he even takes pleasure in our enjoyment. Who would have thought?

These days when I tell evangelicals about how I experience the presence of God in the laughter of my children, or the first mouthful of a delicious meal, or the way a gentle breeze caresses my skin, they look at me blankly — as if I’ve lost my mind.

“But when are you coming back to church?” They plead. 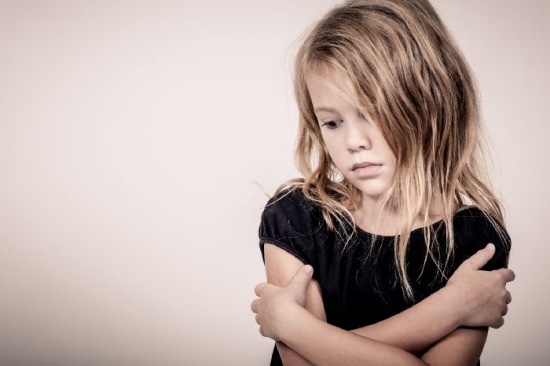 Image by altanaka on Shutterstock (purchased with license)

The Bible is the only authority you can trust

When I was ten, you could have pretty much told me anything, and I would have believed you, as long as you prefaced it with the phrase: “The Bible says…”

“The Bible says” meant that the matter was not up for discussion or debate because we were taught that The Bible is one-hundred-percent, the inerrant and inspired word of God. As a child, I imagined that God himself had sat down and written the book.

Later, when I learned that men had written the Bible, I presumed that God had simply taken control of these men’s thoughts and pens and used them as a direct conduit for his literal words.

I simply did not allow myself to believe that all people come to all texts with their own set of agendas and biases — kind of like right now, as I write this post. I have never met a completely neutral person — ever. So, why would the Bible be any different?

Inspired? Yes, I can cope with inspired!

Inerrant? I struggle with that.

There is more truth out there than what is found in the Bible. In fact, truth is all around us and cannot be contained on the pages of any book.

The goal of life is to sin less

The purpose of Sunday School was to teach me to be a good boy. I learned that very early when I started asking the Sunday School teacher difficult questions. (Besides which, I quickly learned that the answer was “The Bible says so!”)

We were told what good little boys and girls were supposed to behave. The goal was to be good, and that goodness was linked, at an early age, to God’s level of approval toward us. The message was simple: When you are good, God is pleased with you. When you are bad, God is angry.

What is more, we were taught, in no uncertain terms, that God was always watching us like some kind of transcendental policeman in the sky. We were told that he sees everything — even that which is done in secret. He can even read your thoughts. To a mischievous little boy, this was a troubling thought. To a hormonal adolescent, it was nothing short of terrifying.

I presumed that when it rained, that God was probably crying over something that I had done.

The whole, messed-up system created a culture of shame. Christianity was reduced to a sin-management program with unambiguous guidelines about what a good Christian is and does. Consequently, I lived, like many others, for many years, with an overwhelming sense that I could never be acceptable to God.

What a great tragedy. 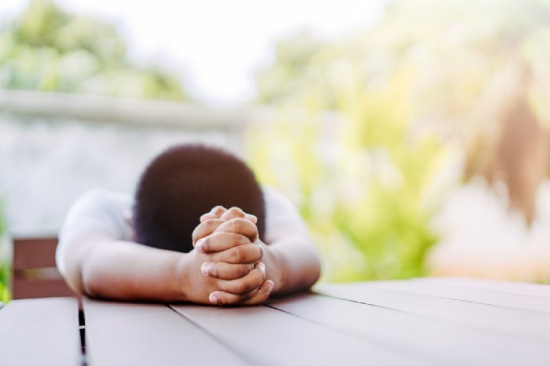 Image by MIA Studio on Shutterstock (purchased with license)

I want to make that the goal of my faith. I want my faith to grow up. I want to leave behind the lies that my Sunday School taught me.

Grown-up faith doesn’t see the world in black and white but leaves room for mystery and paradox. Grown-up faith recognizes the inherent value and worth in all people — not just my tribe. Grown-up faith engages with the world beyond the walls of the church and finds God there too! Grown-up faith discovers that Christians don’t have a monopoly on the truth and that God is revealing it to all kinds of people in all sorts of ways. Above all, grown-up faith has dispensed with the game of performance-based religion and rests securely in the unconditional love of God.

As for the crayons, crackers, CD music, cookies, cotton balls, popsicle sticks, prayers, and pipe cleaners of Sunday School — I think my kids will be giving it a miss.

‘For the Benefit of All’: Victor J. Glover and Space

The Dead-End Job and the Human Condition

The Dead-End Job and the Human Condition

What Is Life Expectancy? (Video)

3 Tips for Maintaining a Creative Life While Parenting

Fathers, We Need to Do Better for Mothers