Some of the best watch brands in the world are Japanese-made despite Japan having a late start in the watchmaking race. Unlike Swiss watch brands, Japanese watches have a particular focus on technological innovation and functionality which is why they have become so relevant in recent years.

Japanese watchmaking brands use robotic assembly lines and modern watch technologies to build mechanical movements. Due to this, many Japanese watch brands can produce automatic and manual timepieces that are more affordable when compared to other watch brands. Additionally, this means that the movements in Japanese watches are less susceptible to human error, but they’re often more basically designed and less detailed.

Japanese watch brands are undoubtedly the global value leader, but a few Japanese brands offer excellent watches in the mid-level and luxury categories. Many people searching for a quality watch often ask themselves if Japanese watches outshine their Swiss counterparts.

Ultimately when choosing a Japanese watch brand, you’re going to need to consider numerous factors. It’s essential to know the style of watch you’re interested in and what purpose you have in store for the watch you choose. If you know this, you’ll have an easier time selecting a Japanese watch.

Amongst the numerous Japanese watch brands that are available, there are eight that stand out. On this list, we have briefly detailed what you need to know about them. Without further ado, continue reading to learn more about our top picks for the eight best Japanese watch brands.

Interestingly, many people don’t know that when Seiko came out with their revolutionary quartz movement in 1969, the watch industry took a hit. Approximately 1,000 Swiss watchmakers went out of business between the years 1970 and 1983.

With their innovative quartz movements, Seiko has, over the years, come out with many popular models. A few of their most famous models include the Seiko Astron, the SPR007 Chronograph, the SPD094 Seiko Quartz, and the H558-5000 Duo Display Seiko Divers watch.

With their continued success, Seiko was able to introduce a luxury line to their brand. The Grand Seiko luxury watch collection was launched in 1960. This watch line was designed to offer consumers a watch brand that was incredibly elegant and aesthetically pleasing while providing them with precision timekeeping.

One of the newer Grand Seiko luxury watch models to become popular is the SBGK004 Slim Urushi Dial Grand Seiko. This watch has an attractive 18K rose gold case and features a manual winding caliber 9S63. Most Grand Seiko models are much more expensive than their Seiko counterparts, but this brand features some of the greatest mechanical marvels in the watchmaking industry.

Additionally, Grand Seiko is not the only brand under the umbrella of Seiko. Most people have never heard of the brand Credor, and even less can associate it with Seiko. Credor was created in the 1970s with the goal of being one of the best watch brands in the watchmaking industry. Although the brand might not be well known, it is incredibly popular amongst collectors. 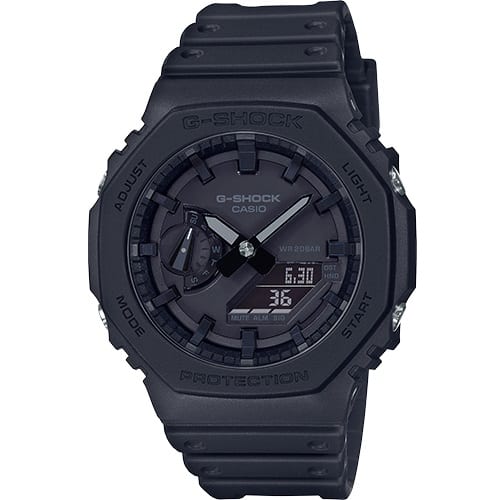 Casio is a watch brand that hasn’t been around very long as it only entered the watchmaking industry in the 1970s. Yet, they are definitely a brand that you should take note of. Interestingly, Casio was not always involved in the watchmaking industry. Before they decided to branch out, their sole focus was on manufacturing office electronic devices such as calculators.

After the digital revolution, Casio decided it was time for a change. They set out to do something different, and they managed to do just that when they created the world’s first-ever mass-produced digital watches.

The brand’s first wristwatch was the 63064 Casiotron which became incredibly popular because of its capabilities. This watch had a time display on its LCD screen, and it featured a digital chronometer function. The Casiotron paved the way for the brand and allowed them to focus their attention on the immensely popular calculator watches that were a dominant force in the 1980s.

As the brand continued to succeed, its product line gradually increased. Some of the more popular Casio models that can still be bought today include the Casio Edifice, the Casio Pro Trek, and the Casio G-Shock.

Today, Casio is famed for its practical and tactical watch models. Many of their watches can display multiple time zones, atmospheric pressure, temperature recordings, and altitude levels. Additionally, Casio has also outfitted many of their watches with the Global Positioning System to ensure military-level time-keeping accuracy. 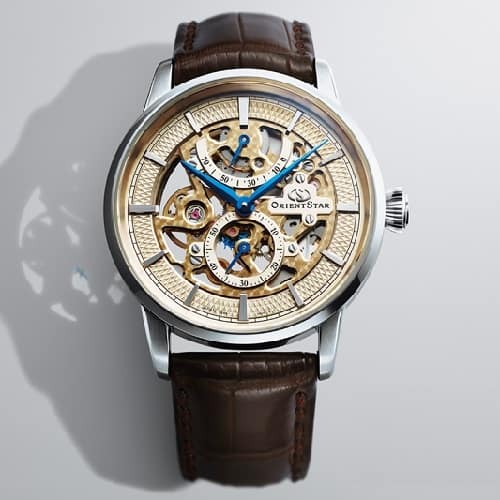 The Orient watch brand was founded in 1901, but Seiko has owned it since 2017. Despite selling to one of the biggest watch brands in the world, Orient has managed to continue its unique legacy. Today the company is Japan’s largest producer of mechanical watches.

Curiously, Orient began as a watch shop in Tokyo. They closed down before WWII but managed to resurface after the war. Orient officially became a watch company in 1951, and the first model they released was the Orient Star which was hugely successful.

Although Seiko now owns the company, most of its models are still sought after. Many collectors seek out specific watches from the brand, such as the Ray II and the Mako II, which are considered some of the most affordable submariner alternatives. Additionally, some of the most popular Orient models you can purchase include the Orient dress watches, the Orient sports watches, and the Orient Classic watches. 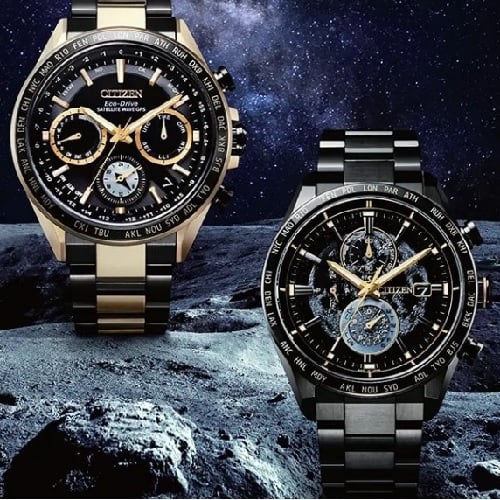 Should you be looking for an environmentally conscious and incredibly hi-tech watch brand, look no further than Japanese watchmaking brand Citizen. For years, Citizen has been recognized as one of the most high-tech Japanese watch brands because of the impressive futuristic tech that is featured in many of their models.

Interestingly, the Citizen watch brand was founded by Tokyo jeweler Kamekichi Yakamazi in 1918 when he created the Shokosha Watch Research Institute. The company began its foray into watchmaking by experimenting with the production of pocket watches using Swiss machinery. In 1924 commercial production of their first 16 caliber pocket watch began. Their first domestic digital quartz watch that included a calculator was manufactured in 1977.

Unlike other watch brands, Citizen is incredibly environmentally conscious. They have won numerous Eco Mark awards for their innovative yet environmentally sustainable watches. For example, Citizen is responsible for inventing the Eco-Drive light power technology that allows a watch to run for months without a battery replacement. Additionally, they were the first company to invent the first wristwatch with voice recognition and the first watch with atomic timekeeping.

Some of the impressive features many of their high-tech watch models possess are Bluetooth, super titanium technology, radio control, notifications of incoming calls, and three alarms settings. Moreover, many models feature Citizens’ very own Satellite wave technology that enables users to sync with a foreign time zone in less than five seconds. 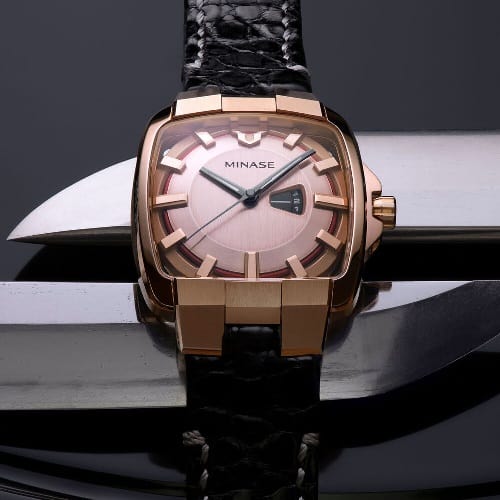 Not everyone wants to purchase a watch from a well-known watchmaking brand. If you’re someone who prefers buying from niche companies, you should consider the watchmaking brand Minase. The brand was founded in 2005 by Kyowa Co Ltd., and they only produce roughly 500 watches each year.

Previously, Minase focused on providing watches only to the Japanese domestic market, but they have recently decided to offer their Horizon, Divido, and Windows collections internationally. Surprisingly, every watch component is designed, built, and assembled in-house at Minase manufacturing facilities.

Although this watch brand is quite new in the industry, they’ve quickly become popular amongst those who enjoy a watch that has a unique casing. Many of the Minase models have a casing that mimics a traditional Japanese puzzle style. It’s also popular among those who favor Avante grande aesthetics. 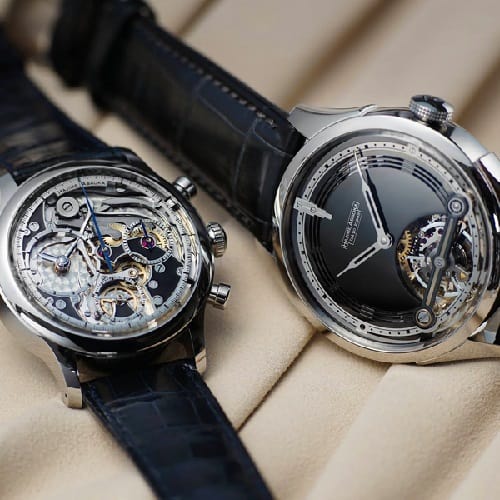 One of the best independent Japanese brands from a self-taught watchmaker is Hajime Asakoa. This brand was founded in 2005 and has grown from strength to strength over the last 15 years. The Hajime Asoka watch models are equal parts function and design, which is why this brand has become one of the most popular in Japan.

In 2009 the brand decided to try and increase the accuracy of their watches which they were able to do. Extra mechanical parts were added to the escapement, which significantly improved their watch’s accuracy. The first watch collection to feature this new technique was the Tourbillion watch collection.

After the success of the Tourbillon collection, the brand went on to create the immaculate three-handed Tsunami watch. These watches are open-ended chronographs with a twist. They feature a massive 16mm titanium balance.

Previously the Tourbillon and Tsunami watch lines were too expensive for many, so the brand released a more affordable collection titled the Kurono. However, unlike the other product lines by this brand, the watches are not made by the founder Hajime Asakoa, and they feature third-party movements. 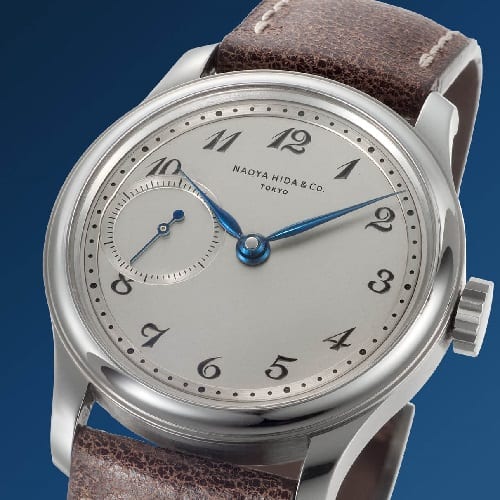 The newest watchmaking brand on our list is Nayoa Hilda. This brand was launched in 2019 and features vintage-inspired timepieces that are designed by industry veteran Nayoa Hida himself.

In 2019 this brand introduced their first vintage-inspired luxury watch known to the world as the NH Type 1B. The NH Type 1B is almost classical to a fault with its gorgeously leaf-shaped blue hands, 37mm champagne dial, elegantly curved numerals, and small seconds. Even though this watch follows a simplistic design, it is incredibly well made so as to stand the test of time.

Those who are on a restrictive budget are unlikely to be able to afford one of the Nayoa Hida watches as they tend to be pricier than other more prominent Japanese watch brands. On average the Type B1 goes for approximately $15,000. Additionally, the brand does not offer extensive collections or models as yet, but they will likely introduce more adventurous styles in the future. 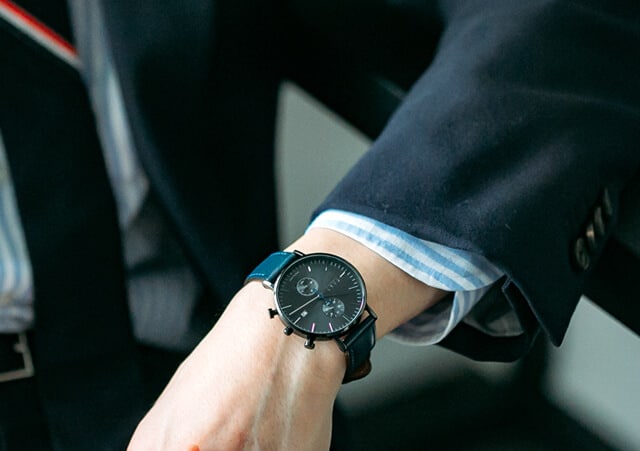 If you want a customizable watch, why not have a look at the Japanese watchmaking brand Knot.  Unlike high-end fine watchmaker brands, Knot offers unique watches that have more than 8,000 available combinations. This brand hasn’t been in the industry long as they were founded in 2014, but they have successfully made a lasting impression on both the national and international markets.

The models in the Knot product lines are affordable but offer an incredible range of variations. Besides the customizable timepieces on offer, the brand also has a range of stunning minimalist watch designs available. Some of the popular watches the brand manufactures include the SQ-32, the ATC-40, and the CC-39.

Other aspects that make the Knot watch brand appealing are its affordable prices and durable construction. Most Knot watches feature eye-catching designs, quality construction materials such as stainless steel, and high-precision movements power them.

Tom Hanks, a Robot, and a Dog Try and Survive the Apocalypse in ‘Finch’

What To Do in an Unexpectedly Difficult Financial Situation

Moordale has a New Head Teacher on ‘Sex Education’ Season 3

5 Powerful Questions to Transform Your Life