Lessons We Can Learn From ‘The Lion King’

While watching the Lion King a few weeks back I had an interesting thought that I wanted to share with you today.

There is a scene in the movie when Timon, Pumba and Simba are looking up at the stars. While stargazing, they ask each other what they think is really up in the sky…

The interesting part of this scene is that they are all wrong yet have the comfort level with each other to think creatively about what may be in the sky. They know it is something….But they just aren’t in agreement as to what it is.

This got me thinking — who is right anyway?

We want to know the exact price we should be paying for a particular service.

We want Google Maps to define our quickest routes.

We create social circles of influence filled with people with similar opinions to us so we feel we are right.

We want to define life on our own terms and only bring those with us who are in agreement with us.

But who is really right?

Here are three clear examples of times we thought we were ‘right’ as humans only to realize years later that we were actually wrong.

Simba probably knew more about the stars in the Lion King than we know about nutrition. Twenty years ago body builders were told to eat cheese and meat to become ‘big’. If you wanted to lose weight, eat less. Now, we have body builders who only eat plant based diets. We have weight loss plans that often have people eating more than they were before, just of a different caloric quality. What we thought about training and nutrition but it turns out it is an ever revolving door.

There was a time when leaders believed the world was flat. If you went too far outside the land you might fall off the cliff and into the abyss of the unknown. Well, thanks to explorer Christopher Columbus, we found out that the world was indeed round, not flat. 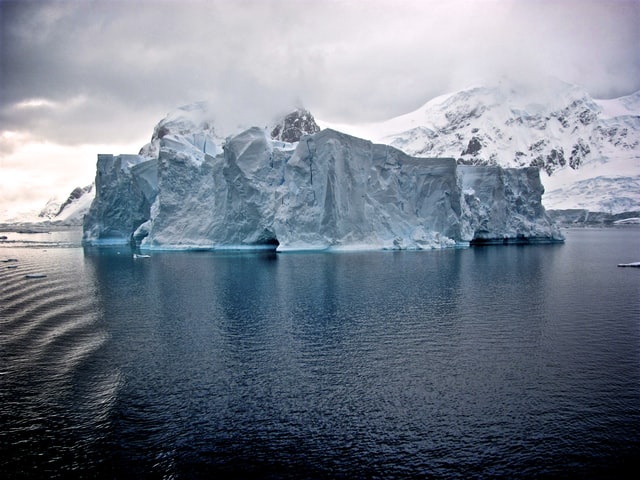 Photo by Jay Ruzesky on Unsplash

This ship is “unsinkable” as quoted by many newspapers and builders of the ship back in the early 1900’s. We all know how this tragic story turned out. People turned out to be very, very wrong.

For 100 years not much changed in Education. Standarized tests written in rows with a teacher at the front of the room was the norm. Hand on the hip, finger on the lip was the only way to move from classroom to classroom. Sitting for 7–8 hours per day was the norm and we thought that was the ONLY way children can learn. Now, research is changing education and the way we teach. Technology is changing how we teach and how students learn. What was once right was actually completely wrong and a lot of student learning fell through the cracks of the school floor. Healthy learners are optimal learners and sitting for 7–8 hours per day in a row does not produce active, creative, innovative thought leaders of tomorrow.

Sometimes we are just as young and naive as Timon, Pumba and Simba were in the Lion King. We aren’t right. Don’t take being right or wrong for granted. Whichever the outcome may be, it will provide lessons a long the way.

Nine Solutions For Gathering And Responding To Customer Feedback

New Belgium Beer of the Future is One Nobody Wants

What It Takes To Be Happy

The Four Stages of Trust — What Level Is Your Relationship?

3 Ways COVID-19 May Reshape How Kids With Autism Learn

New Belgium Beer of the Future is One Nobody Wants

My Story as a White Guy

Different Android Apps You Must Have To Do Bitcoin Trading

Sooner or Later, You’re Going To Be Yourself

Best Sipping Tequilas of 2021 So Far

The Last Blockbuster. A Happy Historical.