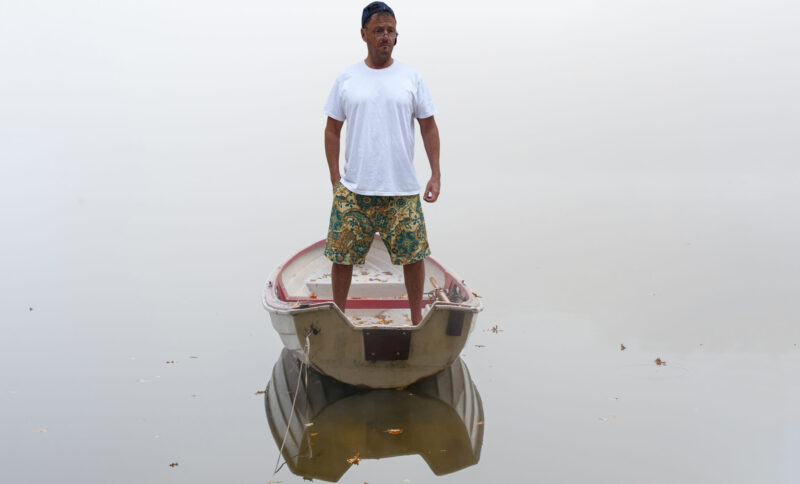 Much attention of recent has been focused on how these unprecedented times have upended the backbone of society’s economic norms. Broken supply chains, cultural divisions, the devastation to small business, ecocide, lack of travel that has become revenge travel. But perhaps more importantly is the change that is happening now because we the people have changed, after living through isolation, mandatory relaxation, more time spent with family, and late-night reverie over mortality. This has all converged and congealed, and it’s got people rethinking their priorities and quitting or changing jobs in record numbers. (40% by some forecasts). Kevin Sneader recently said, “Forecasting exists to make astrology look good.” No one really knows where this is all headed, but one part of it seems to be that people are re-evaluating what work means to them and are realizing that they want change – more flexibility, less stress, and deeper meaning in their lives.

To try to answer these impossible questions, we sat down with Lee Johnson. He has some surprising answers. A little to know – Lee grew up on a farm in the middle of nowhere, where he learned that “99% doesn’t matter, and 1% matters very much.” He went on to become a big city architect and also founded the successful clothing brand Old Bull Lee,

Tim: “Don’t buy stuff” is a funny thing for the producer of stuff to recommend, reminds me of Henry David Thoreau, who said, “Sell your clothes and keep your thoughts.” So then, what does matter?

Lee: Thoreau said he went to live at Walden Pond because he wanted to live deliberately, to confront only the essential facts of life. It was a rejection of unwanted societal expectations that were placed on a person at the time. It was about embracing the “essential”, which is certainly something that I see people wrestling with now. To put it another way, a “less is more” attitude would certainly minimize society’s dependence on orange Ferraris.

There is a lot of complaining about the younger generations, but they actually might turn out to be a bright spot. These young people are pushing change more than many realize. They have fresh opinions and their questions concerning ethical practices are challenging the long-standing status quo of inward looking prior generations. They recognize that there are a lot of evolutionary dangers facing society and the experiential things that are most important are getting more widely spaced apart. They want more harmony and connection with the immaterial (nature, spirituality) and recognize that economic consumerism, resource depletion, needs to be modified so that there is a healthier balance. These younger generations very well might inspire changes from the bottom up. Change that transforms society beyond the boundless consumption model where we currently reside.

Tim: That requires Big Business to make a decision against their bottom line. Do you think that can happen?

Lee: Big Business is accountable to shareholders. No matter what, it will keep searching for things to sell, new ways to do it, and co-opting any grassroots movements pushed up against it. Alongside this is media, which lures and seduced us into wanting things that we didn’t even know we needed. We’ve possibly become over-civilized. Then all of a sudden, along came the pandemic which caused everything to just stop. Somewhere in that pause, where the world skipped a few beats and we simultaneously had all these unusual forces pressing against us, we might have begun to open our minds and rethink our relationship with capitalism. There might be a silver lining in this disruption after all.

Tim: Do you think, on some level, people are rejecting the working contract of the previous era?

Lee: Maybe, somewhat, for the time being, but for how long remains to be seen. Minimalists have always been on the fringe, especially in today’s age (where it is for the most part illegal to live off the land). But their ideas about happiness being a choice and that part of that choice are you have to realize that there are things that are more important than money. Emerson said, “Money is too expensive”, that’s extreme and unrealistic, but as a value, it’s arguably pretty important.

Tim: I get the feeling people want the image of life we’re being sold, but it recedes like a mirage as they follow it. Eventually, they either reach that life, bootstrapping, or they come to a realization that it’s not worth the hassle. What do you think?

Lee: They are selling us what we want before we even know what we want. Today, brands are made in skyscrapers and spreadsheets, wallpapered with narrative, and built online, so everything has become even more of a theatrical Xerox of sincerity. All of that competition, efficiency and story-telling have brought us into present-day hyper-capitalization. People, themselves, have become brands. Not only do we see this with celebrities selling themselves to the public as brands as opposed to artists, but every day people are encouraged to think of themselves as a brand. For decades, language associated with machinery and technology has been used casually to describe humans. Aspirational books promise to “rewire your brain” like our heads were a circuit board. Now, we’re encouraged to use an advertising model when distinguishing ourselves in society. These modes of thinking about ourselves undoubtedly inform how we scrutinize or don’t scrutinize businesses and capitalism itself.

Tim: It makes us more sympathetic to them, perhaps. How would you describe the shift to hyper capitalization?

Lee: At one time, companies grew along a slow organic path. But for the last 20+ years, with the rise of corporate consolidation and platform monopolies, big business has accumulated the ability to make sense of huge amounts of data. This tech allows them to very accurately answer: what do people want, what color do they want it to be and how will they pay for it. They then reposition supply chains to fill voids they’ve identified with pre-assembled business models that are much more of a complete solution than what we are historically used to seeing. Paralleling that, another thing that’s happened, after decades of large brands myopically focusing on efficiency, is individual brands’ products have become dangerously similar to their rivals.

Tim: If everything appears the same, how does the consumer decide?

Lee: They end up choosing based on emotions. Brands realized this and shifted towards emphasizing and differentiating the solution to the problem rather than the product itself, which gave rise to the importance of narrative and brands shifted into the business of storytelling. Big business has transitioned their brands into personalities and have woven themselves deeper into the emotional fabric of our everyday life.

Once businesses grew slowly and built their reputation based on integrity; now a branded narrative can be crafted overnight. No longer does a business need to answer the question “why?” Why do you exist? Why is your product better than the competition? Now the question is “how does this product make me feel?” A story written in a conference room answers the question and fills the void previously occupied by substance. Before, the legitimacy of a business meant it could answer “why?” But modern-day big business does not need to bother.

Tim: So are you saying, materialism, or to put it more crudely, things are the problem?

Lee: I am not saying things are bad, I am just saying that they can mess you up. Our minds become limited when our time is overtaken by stuff. Chasing and managing it is really time-consuming and jeopardizes our ability to be satisfied. But on a base level, things are not the answer – They don’t lead to happiness. As a matter of fact, happiness is not the answer either. Contentment is the secret to life. A whole lot of people say for contentment you need to simplify, strip most things away and adopt a degree of self-reliance. This unburdening allows you to enjoy the moment and it is in these moments that we find the things that are meaningful in our lives.

Tim: Where does Old Bull Lee fit into all of this?

Lee: We are deliberately a mid-size brand because that way we can still recognize each customer as a person, serve them genuinely and have their back. At the same time, we are big enough that we can source the highest quality materials and manufacturing to make great products. We deal with surfers and summer oriented people so our customers are usually pretty cool. There is no template, we have minimal rules and policies to hide behind.

That we like doing it, is the reason from which the meaning comes. It loops back and becomes the why of the situation. Occasionally it requires us seeing around curves, but ultimately it is an easier and more meaningful way for us to live and do business. Old Bull Lee shorts and boardshorts aren’t going to change your life, they are going to complement it and hopefully, make it better. As Thoreau would say “A man is richest whose pleasures are cheapest.” All along I have been saying stuff isn’t the answer, and I meant that.

This content is brought to you by Tim Tolka.

Photo provided by the author.

Plants Will Be Hit As a Warming World Turns Drier

Plants Will Be Hit As a Warming World Turns Drier

Growing Up Big, Black, and Male In America

Office Investment In a Post-COVID World: The Florida Case Study

Everyday Ways to Give Back to the Community

The Secret To Managing Your Schedule Isn’t About Your Calendar