It was the strangest thing, a day that started with a quiet, gentle rain shower. It was kind of peaceful, and kind of jarring. A peaceful dream of rolling hills, missed exits and giant, monolithic facades carved into the hillsides of Eastern Nebraska was interrupted by the polite pitter-patter of the refreshing rain.

It was an odd dream. I was driving across Eastern Nebraska by myself, in my car (a RAV4). We are from Nebraska so it is not that odd, but we don’t go there often so it is kind of odd. I never go by myself so that is a little odd. But my car is a lot better than my wife’s car so that is not too odd.

I missed an exit, which is not strange, I miss exits, turns, landmarks all the time. I took the next exit, which is normally my reaction to a missed exit, and I have a lot of experience. But, I missed the ramp back on the freeway, which is a little unusual. I am so experienced at ending up in the wrong place starting over is almost as natural as starting.

Then, in my dream, I improvised, which is not that strange, because improvising is what gets me so many places that are not the destination. I went cross country, reasoning, in my dream that I have a four-wheel drive vehicle, which is a little strange, I do have four-wheel drive but I never use it, it just came on the car. I would never use it to cut across a field to get back on the highway.

And here is where it got strange. It was not just cutting across a field, it was driving up the side of snow-covered hill, a big hill. Bigger than most of the hills in the part of Eastern Nebraska that I was dreaming about driving through. On the top of the big hill was a small path, not a freeway, just a small road, barely big enough for my car. So, I drove along the narrow road, on top of the snow-covered hill until it became so narrow that there was no longer enough room for my car.

I had no choice, I started backing up. which is not normal at all, because I am awful driving backward, even worse than when I drive forward which is an adventure. If this had happened in real life I would probably be forced to leave my car, and walk back to Ohio. I love my car, but leaving it would be much better than backing off the side of the cliff the hill had become and dying in the flaming wreck at the bottom. 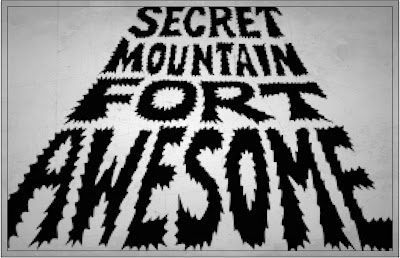 But here is where it gets odd. As I was backing up I noticed a huge, ornate, exquisite, wonderfully detailed building carved out of the mountainside, the mountainside in eastern Nebraska. Which is odd, there are no mountains in Nebraska. Even if there were, nobody would have spent the time to carve such a masterpiece out of the stone.

Naturally, I stopped backing my car along the harrowing, dangerous single-lane mountain top road and got out to take a picture. Which is exactly what I would do if confronted by something so odd, so that is not odd, at all. But, the rain woke me up before I could take the picture.

Dammit, I was so close. It was so cool, you would not believe it. But, you will have to trust me.

Never Skip Leg Day! Five Squats You Can Do At Home!

I’m Overwhelmed… Am I The Only One Feeling This Way? | Dad University

Is Investing in Bitcoin Risky?

Living With a Disability Is Very Expensive – Even With Government Assistance

Unpacking Your Dating Baggage With Care

The Empath Fights Back: Part 2

Why You Keep Making Decisions You Later Regret

I'm Overwhelmed... Am I The Only One Feeling This Way? | Dad University

Six Reasons Why You Need A Mastermind

How You Know You’ve Experienced a Growth Mindset