Did he notice my backless black dress?
Did he turn back to catch my glimpse and feel, “Ouch! That’s hot!”

After five minutes of no movement, you may be panicking and breathing heavily, “I like him, but why doesn’t he like me back? Why is he not throwing signs of approach?”

There’s nothing worse than not knowing if someone’s interested in you or not. This feeling is not exclusive to women. Men get it all the time. It’s awkward to admit, but back in the college dating days, it would drive me crazy if a girl, for whom I had dressed up (in blue denim jeans and a white shirt, perfectly tucked in, topped with a subtle masculine cologne) wouldn’t notice me. At all. It was excruciating.

The bottom line is — women and men are the same; they both wonder if the person they like feels the same about them. It’s okay to feel anxious. That’s why I’m writing this story — to tell you some signs a guy is not interested in a girl.

A guy may not want to be approached by you for many reasons:

He might not verbally tell you or express it. So, you must take your clues and leave him alone. On the brighter side, you will save your time and effort, which you could use on someone else.

1. The face speaks volumes. Listen to it!

If you want to know that a man really is with you, then the first step is to examine his facial expressions more attentively throughout your interactions.

In particular, the dilation of pupils can be a significant indication of interest, arousal, and excitement. So, if you notice that his pupils tend to contract when he sees you, it may be a sure indicator that he doesn’t have the hots for you.

Moreover, if he doesn’t lift his eyebrows or licks his lips while he talks to you, or you don’t see any grins on his forehead, then these seemingly insignificant movements also indicate a lack of interest.

Salivation! Most men drool a lot in the presence of someone they like the most. I tend to do it a lot due to nervousness and anxiety. Research also states that males salivate (excessively) for a woman they love since their testosterone levels increase.

If you think he swallows normally, or you find no movement in his facial muscles, this might be a strong indicator of his disinterest in you.

2. His body is sending silent signals. Decipher it!

If you’re desperate to know if anything will work out between the two of you — observe his body language.

Manspreading — Is this what they call it these days! When a man sits with his legs stretched wide apart, this wordless movement conveys a lot about his interest in you. If he’s not demonstrating his openness and availability to you, he will sit with his legs crossed.

Also, pay attention to his feet. It might assist you in deciphering his genuine sentiments. If his feet are pointing towards you during conversations, he’s interested since this sort of position shows he’s making himself fully approachable and non-threatening.

If, on the other hand (or foot), his feet are pointing away from you or his body is in the reserved position, it may suggest that he is closed-off and disconnected from the situation and that he is ready to leave the conversation (and you) any time.

3. He doesn’t offer you any favors.

If a man truly cares for a woman, he offers favors. Drinks, chairs, coffee, giving you a ride, offering himself to mow your lawn or accompany you to a gym, etc.

When he makes a determined attempt to pay attention to you, he is expressing his love for you rather than feeling obligated to you. He wants to do these things for you out of kindness, out of concerns — because he likes you.

According to Psychology Today, when a man is not interested in a girl, he’ll treat her goals and chores as enforcement.

So, if a man is showing no signs of helping you out in any way, he’s in a different zone where you don’t exist for him.

When a guy likes you, he feels different about you. He feels conscious of his behavior and tries to play every trick up his sleeve to make you feel special.

You should get those “princess-like” vibes.

Long story short, he acts differently in front of you. Okay, let’s make it simple to understand.

Imagine you’re sitting in a cafe with your friends — laughing, giggling, cracking jokes, and having a fun time. Then out of the blue, your boss shows up. Immediately, your body language changes(if your boss is strict). You act in a more poised and sober manner.

Why do you do that? 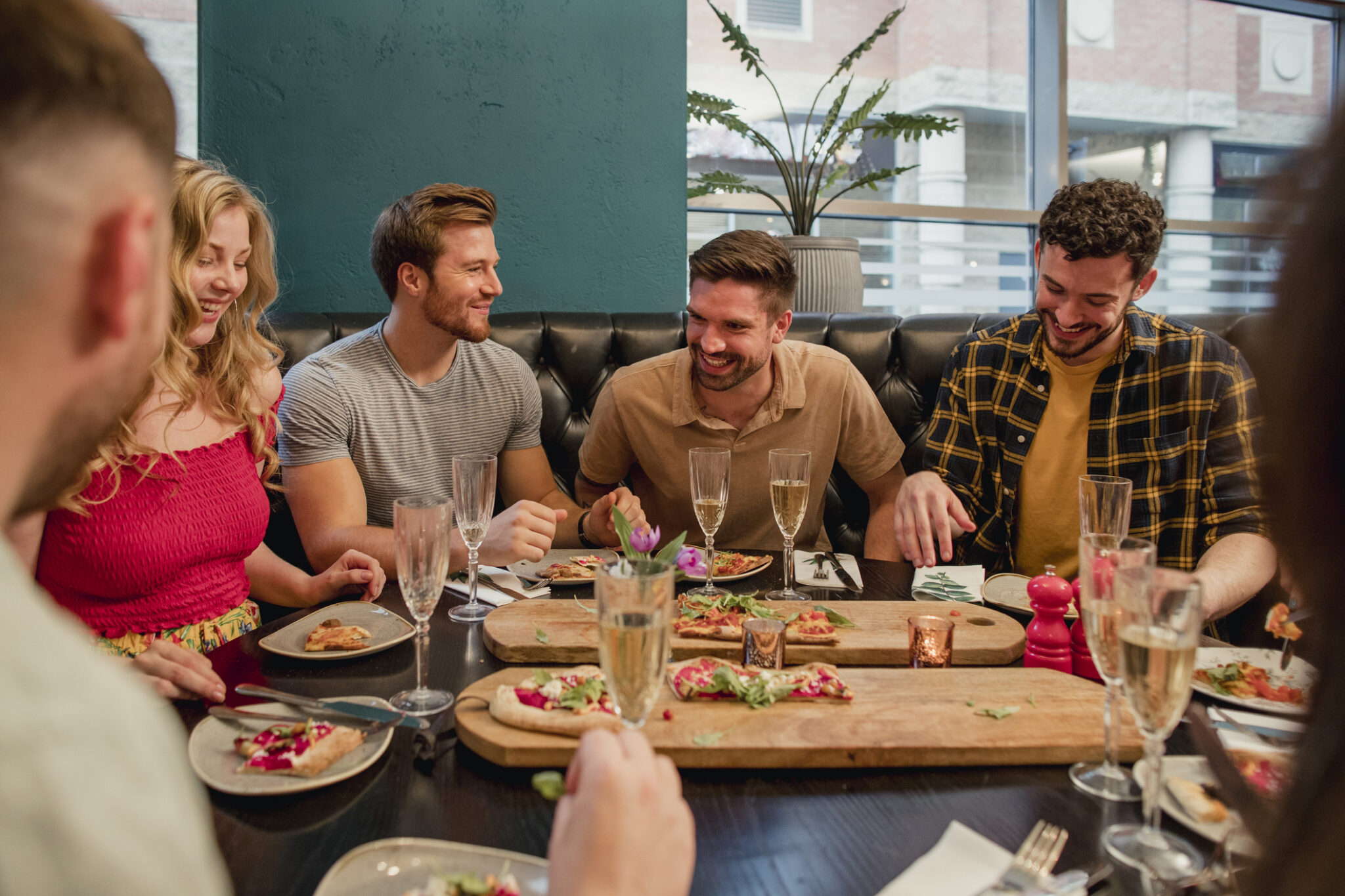 You care about what your boss thinks of you. You don’t want to have a foot in the mouth moment, so you become aware of what you speak and how you behave.

It’s the same with the guy who likes you. He wants to use every moment to leave a lasting impression on you.

Around you, he will act differently than others.

5. He doesn’t respond to your gestures.

Men are like dogs — this is what they say. Let’s consider it for a while.

What does a dog do when you show him a bone?

So, if a man is not preening or looking interested whenever you look at him, it’s a clear sign that he doesn’t want you to approach.

As an observer, I have seen many examples of this kind of behavior in pubs, bars, and restaurants.

If you look at a man, he meets your eye but doesn’t adjust his posture, straighten his coat, touch his hair, pause his activity, etc. — there’s a great chance he doesn’t want to be approached.

I am sorry if I was blunt at some points. I wasn’t trying to be mean; I was trying to help you with being honest.

Sometimes, the most helpful thing in the world is being clear.

As I said earlier, a man might be encountering many self-problems. So, don’t blame yourself or self-doubt if a man doesn’t invite you to approach him.

You may also like these posts on The Good Men Project:

The post 5 Signs a Man Does Not Want To Be Approached by You appeared first on The Good Men Project.

Taking the Circus to School: How Kids Benefit From Learning Trapeze, Juggling and Unicycle in Gym Class

Should Your Decisions Be Based on Your Past …

Should Your Decisions Be Based on Your Past …

Six Things That Happen When You Grow Up Fatherless

The Green Hornet and Kato Kick Off a New Product Line from Diamond Select Toys!

The Best Books To Read During Flights And Train Rides